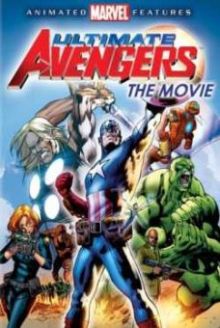 Nazis and aliens make for one heinous combo. Just ask Captain America! Frozen for nearly 60 years in the North Atlantic after thwarting an attack on Washington, Cap is defrosted by Nick Fury and put into action alongside the Hulk, Iron Man, Wasp, Giant Man and Thor as a member of the Avengers!
Will they be able to stop a new menace from destroying the world while simultaneously curbing strife within their own organization? If anyone can handle the job, it’s this super squad of superheroes! 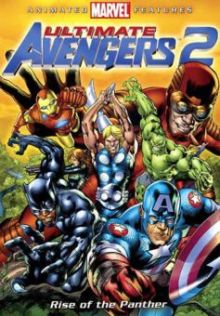 Mysterious Wakanda. It lies in the darkest heart of Africa, unknown to most of the world. An isolated land hidden behind closed borders, fiercely protected by its young king the Black Panther, a king who holds the fate of the entire planet in his hands.
An alien invasion leaves the Black Panther to ask for help from outsiders, and so he turns to the Avengers: Captain America, Iron Man, Thor, Giant Man, Wasp, Black Widow and the Incredible Hulk. These mightiest of heroes have battled the aliens before, and barely survived. They thought it was over. They were wrong. 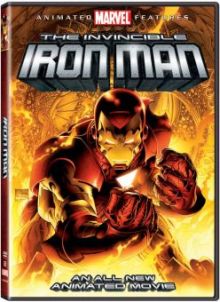 While raising the ruins of a long buried Chinese kingdom, billionaire inventor Tony Stark digs up far more than he bargained for. He unleashes an age-old prophecy that foretells the resurrection of the Mandarin, the emperor of China′s darkest and most violent dynasty.
In order to confront the destructive force, Tony creates an armored suit infused with high-tech weaponry. To stop the evil that he himself has raised from the earth, Tony must become his greatest invention ever ­ Iron Man! The newly born champion must travel to the four corners of the earth to battle the Mandarin′s henchmen, the Elementals ­ four magical warriors who harness the power of the elements ­ earth, water, wind, and fire ­ with deadly chemistry. 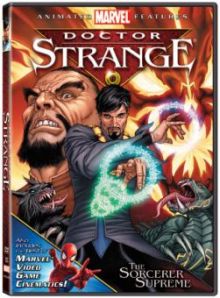 Dr. Stephen Strange was one of the most gifted surgeons in medicine before his hands were left shattered and useless as a result of a car crash. Spending his fortune in pursuit of a way to fix his fractured body, the dejected doctor believed all was lost until the Ancient One offered him hope and healing in Tibet.
Training mind, body and soul with the Ancient One and his pupils, Doctor Strange′s scope, power and compassion grows as he steps closer to his mystical fate. But to fully embrace his destiny and protect the worlds of magic and reality, Strange must face betrayal, death and the emergence of Dormammu. 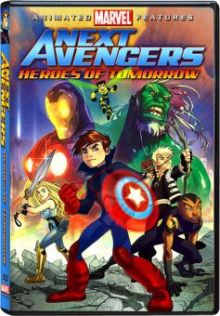 The children of the Avengers, Son of Black Widow and Captain America, Wasp and Giant-Man’s son, Black Panther and Storm’s son, Thor’s daughter, and Hawkeye’s son must join forces with Iron Man and the Hulk and rise up to their parents’ legends and stop the villainous roid Ultron in Marvel’s next feature length animated movie. But with the world in peril, can these inexperienced young heroes save the day? 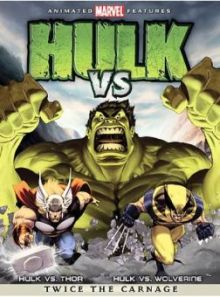 Hulk versus Wolverine: This dark, violent, smash and slash story was first told in Issue #181 of THE INCREDIBLE HULK and the rematches have continued to thrill comic fans ever since. Now Marvel and Lionsgate takes the best of those famous comic book battles and merges them into one heart pounding 33-minute story.

Hulk versus Thor: It’s gods versus monsters in this epic 45 minute movie! Never have we explored the explosive power of the Hulk like we have in this new film, every major character from the Marvel Thor universe is thrust into battle with this Green Goliath as he brings a new Ragnarok down upon the realm of gods. 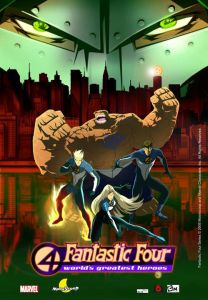 Join the Fantastic Four on the Cartoon Network, Saturdays at 11:30 with "Fantastic Four: The World’s Greatest Heroes"! Watch Mister Fantastic, the Invisible Woman, the Human Torch and Thing as they battle some of their greatest foes, including Doctor Doom, Ronan the Accuser, the Multiple Man and Mole Man!

Think relationships, school, friends and doting parents are enough for a kid to deal with? Try living Peter Parker’s life as the Spectacular Spider-Man, a teenage hero with a part-time job and a host of evil, super-powered enemies. 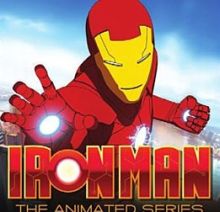 Tony Stark, heir to a billion-dollar corporation, lives a life of luxury, free to pursue his chief interests—seeking extreme thrills, solving scientific mysteries and creating mind-boggling inventions. But everything goes horribly wrong when a tragic accident robs Tony of his father and nearly costs him his own life. Now dependent on his own impressive technology for survival and dedicated to battling corruption, Tony must reconcile the pressure of teenage life with the duties of a Super Hero. Inside his remarkable invention, Tony Stark is geared for high-speed flight, high-tech battles and high-octane adventure! He is Iron Man. 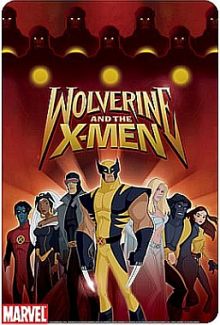 The story begins as an explosive event shatters the lives of the X-Men and takes away their mentor, Professor X. The beaten heroes, including Beast, Storm, Cyclops and Nightcrawler, walk away from it all but then they are given a rare glimpse into the future, where they see a world in utter ruin… ruled by giant destructive robots. They discover the world has spiraled out of control because the X-Men have given up. So now the most legendary of all X-Men, Wolverine, must take the lead on the ultimate mission, to prevent the world’s destruction, while fending off enemies Magneto and The Brotherhood. 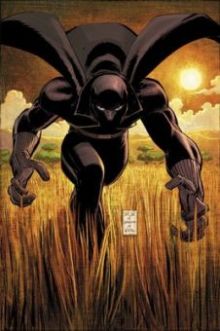 The series will be adapted directly from the first six issues of the Marvel Comic written by Reginald Hudlin (Issues #1 – #6 "Who Is The Black Panther").

(I do not know what became of this, it certainly did not premiere in 2009.)