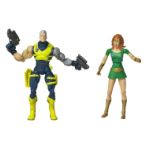 Few relationships are so complicated as that between a mother and her son. Cable and Marvel Girl are no different. Jean Grey is only Nathan Summer’s mother in the most broad of definitions, of course, since it was actually her clone who have birth to him. Summoned as a psychic duplicate by Mother Askani to the desolate alternate future of 40th Century Earth however, Jean Grey raised Nathan as her own. For twelve years, she worked with the young son she would never know in her real life on present-day Earth, training him in the use of his powerful psychic abilities. It is her guiding hand that can be seen in everything about him, from the way in which he uses his powers, to the idealism that motivates him. It is thanks to her formidable talents as a teacher that he was able to realize his destiny in that forgotten future age, and defeat Apocalypse. 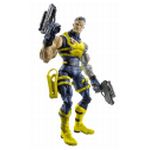 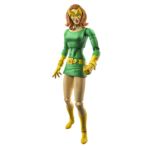