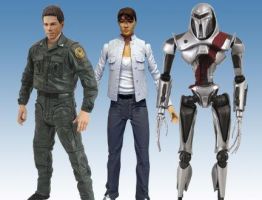 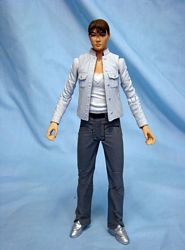 After being reborn and discovering her true Cylon nature, the Number Eight model known as Boomer sided against her former friends and helped the Cylons maintain the occupation of New Caprica. 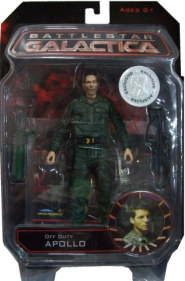 Usually busy commanding the Battlestar Pegasus, serving as Galactica’s CAG or single-handedly running the civilian government, Lee "Apollo" Adama can occasionally be found having drinks at Joe’s Bar or target shooting with Starbuck.

After siding with the Cylon Rebels and joining the Colonial Fleet, these newly-liberated and independent Cylon Centurions were a crucial weapon against Cavil’s retro-era forces. Their distinct markings earned them the name "Red Stipes".