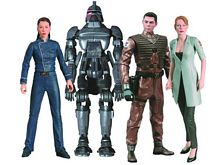 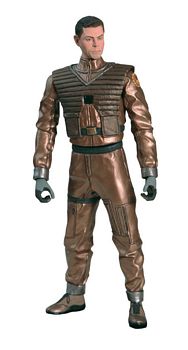 Beginning his first assignment as a pilot, "Husker" demonstrates considerable skill in the cockpit before abandoning his viper and discovering the Cylon’s secret experiments on the final day of the First Cylon War – the sights of which will continue to haunt him for decades to come. 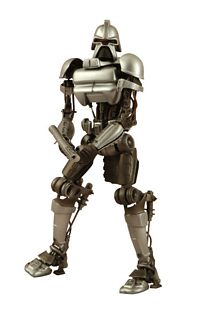 Resembling the original Cylon models built over forty years ago, these Cylon Centurions protect the mysterious First Hybrid – a command they have continued to follow without any further contact from their modern counterparts.

An upstart officer thrown into the middle of a war zone, Lieutenant Kendra Shaw survives the Cylon attack thanks to Admiral Cain’s quick thinking and her own discovery that Cylon’s are now capable of taking human form.

An undercover Cylon operative, this version of the seductive Number Six took the name Gina and initiated a relationship with Admiral Cain in order to further her infiltration. Later contained to the brig and deprived of her most basic rights, both Gina and Admiral Cain would never be the same again.