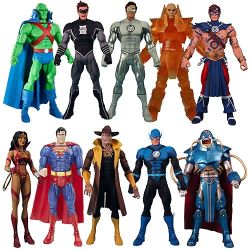 Hal Jordan has faced countless foes, but not even the might of the entire Green Lantern Corps could prevent the Blackest Night. Under siege by Nekron, the white entity bestowed its power upon Hal Jordan, who used it to free heroes like Superman and Green Arrow from Nekron’s control. Together, supercharged by the white light, they formed a White Lantern Corps and charged headlong into the final battle against Nekron’s forces of death.

Hal Jordan has faced countless foes, but not even the might of the entire Green Lantern Corps could prevent the Blackest Night. In his hometown of Coast City, Hal Jordan was attacked by Black Lantern Spectre and momentarily transformed into a Black Lantern. Saved by a Blue Lantern guardian, Jordan did the unthinkable to defeat The Spectre – releasing his enemy Parallax and allowing it to possess him! 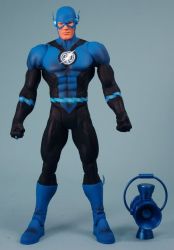 When Nekron unleased his Black Lanterns upon humanity and its superheroes, the various power ring corps joined forces, sending out rings to new human champions. The Blue Lantern Corps, wielders of the blue light of hope, chose Barry Allen – A man who never gives up. As Blue Lantern The Flash, he joined the battle against the Black Lanterns with an unshakable belief that "All will be well."

One of the most brilliant men on Earth, Professor Ray Palmer became The Atom after creating a belt that allows him to shrink to microscopic size. After his best friends Hawkman and Hawkgirl were murdered and transformed into Black Lanterns, Ray was granted and Indigo Power Ring to assist in defeating the Lord of the Dead, Nekron. 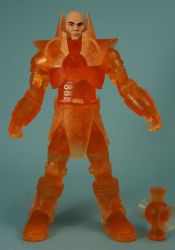 As Black Lanterns spread across the globe, Lex Luthor was hunted down by hundreds of his rivals rising from the grave. The Orange Ring of Avarice chose Lex Luthor, the greediest, most self-serving man on the planet, and granted him the power to defeat his undead attackers. As an Orange Lantern, Lex Luthor can never be content, always wanting more including the power rings of his allies.

Wonder Woman has always been a warrior and a peacemaker. After Nekron seized control of her, converting Wonder Woman into one of his Black Lanterns, a violet power ring found her and severed her connection to the forces of death. She transformed into Star Sapphire Wonder Woman and turned the immense power of her love for all living things against the Black Lanterns. 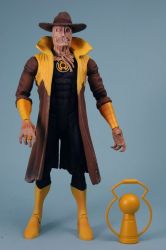 Criminal psychologist Jonathan Crane reinvented himself as Scarecrow, the living embodiment of terror. With his own feelings of fear numbed, Scarecrow was a lost soul when the Blackest Night descended upon the world. But after being chosen by a Sinestro Corps ring to battle the Black Lanterns, Scarecrow channeled pure, unbridled fear through his Yellow Ring in ways that exceeded his wildest dreams and nightmares! 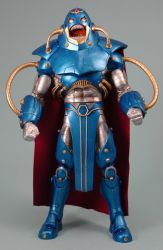 Oa started out as a peaceful planet with citizens of vast mental abilities and ambition. One of them, Krona, developed a screen to witness the dawn of time and caused an explosion on Oa. He was then sentenced to live forever in energy form. What happened during that explosion was the beginning of the Multiverse and all of the multitudes of its universes. Once the Oans took it upon themselves to fight for justice, some believed that they should destroy ALL evil. The other Oans did not agree and a civil war began. The ones of malevolent nature left for the dimension of Qward and sought the means to become all-mighty. In this universe, the Anti-Monitor was born on one of the moons as an excess of great energy taking form. At that same time in the positive matter universe, The Monitor was born of similar origin.

*Information from the DC Database.