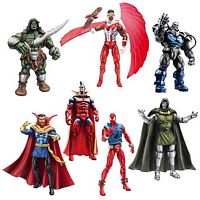 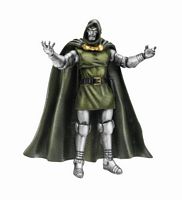 The world is a more frightening place when Dr. Doom is around. His intellect, sorcery and intense appetite for evil make him a true super villain. Dr. Doom ceaselessly toils with new technology in his Latverian workshop. He is constantly innovating – from new and improved doombots to ultra-strong armors – Dr. Doom piles his evil trade so that sometime in the near future he may destroy the heroes of the Marvel Universe! 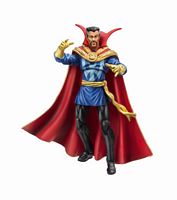 Doctor Strange is one of the most accomplished masters of the mystic arts in existence and an inspiration to armchair sorcerers across multiple worlds. His ability to execute seemingly impossible spells and teleportations is legendary. Mystical artifacts like the red cloak of levitation and the eye of Agamotto only enhance the mystical ability and legend of Dr. Strange. 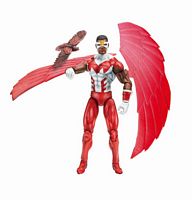 Falcon was not born a hero. His rise to friend and ally of Captain America took hard work and a little luck. Ironically, it was the evil Red Skull who introduced the two men and imparted Falcon with the extrasensory ability to communicate with birds. Falcon can fly like a bird of prey by harnessing the power of advanced wing suits. His grace, skill and precision in the sky is unmatched by any human. 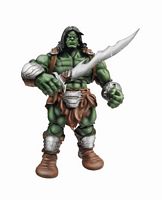 Not many beings can match the raw strength and power of Skaar. The son of Hulk has few weaknesses – his regenerative ability coupled with the Old Power inherited from his mother allow him to keep on fighting no matter the opponent or terrain. Skaar has battled some of the world’s worst villains and has always emerged victorious!