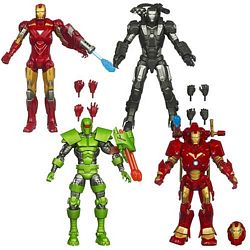 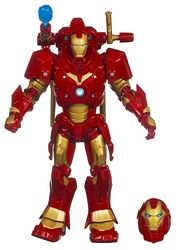 Tony Stark is always thinking ahead about how best to protect Earth. One of the dangers that has preoccupied him for years is the one posed by the Hulk. Stark built the Hulkbuster Iron Man armor, an immensely powerful suit designed specifically to take down the Hulk and prevent him from threatening the planet. 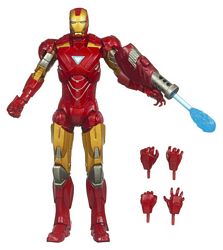 The ultimate upgrade to the Iron Man armor, the Mark VI is unstoppable and nearly indestructible. It is powered by the most advanced ARC Reactor yet, and packed with weapons undreamed of by even the most brilliant military scientist. Wearing this armor, Tony Stark becomes one of the most powerful forces on the planet. 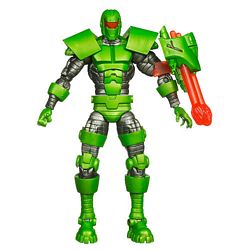 As a loyal KGB agent, Boris Bullski was more than happy to undergo the experiments that increased his size and strength, and wear the massive armor that turned him into the Titanium Man. He was assigned to embarrass the United States by defeating Iron Man in open combat, but the armored hero’s fighting skills and superior technology defeated the massive Russian armor. 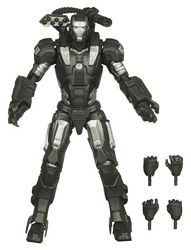 Taken directly from Tony Stark’s lab, this armor suit was reverse-engineered and rebuilt by the Air Force’s top scientists. They boosted its engine output, enhanced its hydraulic muscles, and added several of the military’s most powerful weapons. Iron Man might be a one-man army, but this machine is built for war.