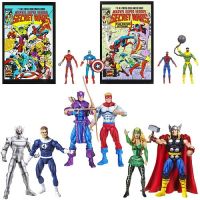 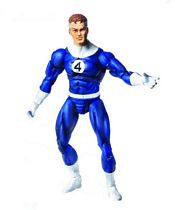 As Galactus assembles the vast machine that will eventually consume Battleworld and all that exists on its surface, Mr. Fantastic and the other heroes lay their plans. The leader of the Fantastic Four knows more about Galactus than any man alive, and his advice on the coming battle is priceless. Back in the Doombase, Ultron stands guard over his master’s interests while the other villains go about their assigned tasks.

Mighty Galactus begins his consumption of Battleworld, threatening the lives of every creature on the planet. With the army of villains, including Piledriver, safely locked away and out of commission, Hawkeye and the other heroes are free to concentrate all of their power on the cosmic menace. Little do they know, however, that Doctor Doom continues to act in the background, condeming them all! 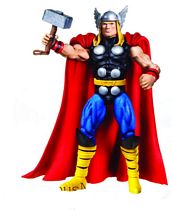 Doctor Doom has seized the power of the Beyonder and become nothing less than a god. Faced with the sudden, overwhelming omnipotence of the mortal who once led her and the other villains, Enchantress joins her evil allies in returning to Earth. Meanwhile, Thor joins the other heroes in the fateful decision to oppose the all-powerful Doctor Doom.