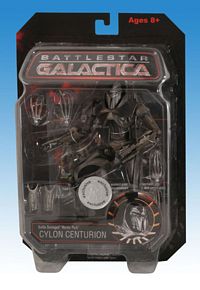 Capable of downing enemy aircraft from stealthily concealed positions, Cylon ground forces often include at least one Mortar Pack Cylon Centurion. When battle damaged these destructive units can even repair themselves in the field. 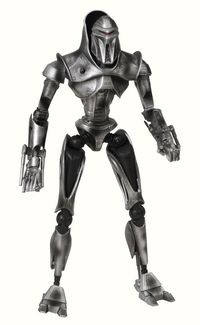 Seemingly obedient and domesticated, the removal of the Cylon Centurions’ telencephalic inhibitors resulted in a full-on Civil War between rival factions. No longer bound by their programming, these Centurions are now able to choose for themselves. 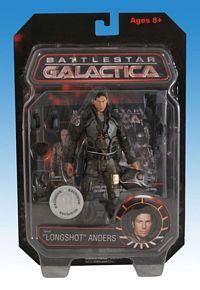 Former Pyramid star Samuel Anders came to Galactica with his future wife Kara Thrace and quickly became a part of the crew. After becoming a Viper pilot he takes the call-sign Longshot, unaware of the revelations about to be revealed.