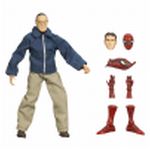 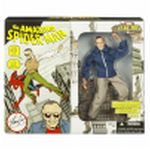 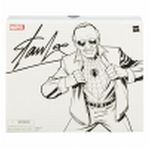 Stan Lee first met Captain America when he was 19 years old and just getting started in publishing. It was a short meeting, just long enough for Cap to flesh out a few details for the story Stan was covering for Timely Comics, but it made a lasting impression. There were great men out in the world, and Stan Lee resolved to tell their stories. Later in his career, he became the official memoirist of the Fantastic Four, and one of the few citizens to meet Spider-Man face to face (though it was always difficult to get interviews with the web-slinger).

During the height of anti-mutant paranoia, he was one of a very few writers with full access to Charles Xavier′s X-Men. He is the only human writer to ever secure an interview with Blackbolt, King of the Inhumans (famously short though it was). So famous is he as an accurate, impartial teller of tales of daring do that even Dr. Doom is rumored to desire his services as a ghostwriter on the inevitable biography. He has been a friend, advisor and confidant to the superhuman community of Earth for 65 years now, a man without whom many of histories most significant events would long ago have faded into obscurity.