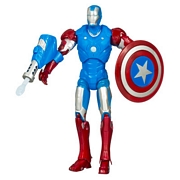 Programmed with every possible piece of information about the fighting style used by Captain America, this armor allows Iron Man to mimic the moves of his friend and fellow hero. With the power of the armor, and the moves of the world’s foremost fighter, nothing can stand in his way! 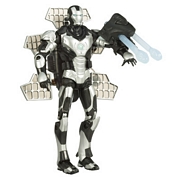 In the cold dark of Outer Space, Iron Man deploys his Satellite Armor. The armored solar panel backpack gathers energy from the Sun to power his weapons and thrusters. His powerful lasers slice through the vacuum, to blast his enemies out of orbit! 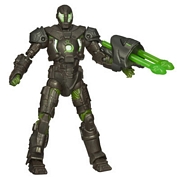 The Titanium Man is built to destroy Iron Man! The technology used to construct this armor is not as advanced as the Iron Man Mark III, but concussion blasters mounted in the arms and a titanium outer shell makes it a serious threat. 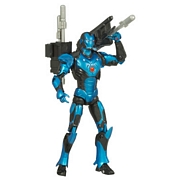 Iron Man has battled high-tech terror on land, and in the sky, but many cybernetic super-villains make their lairs beneath the waves. That’s where the Torpedo Armor comes in. Sealed against the crushing pressure of the deep sea, and armed with underwater weapons, it is perfect for fighting evil under the sea! 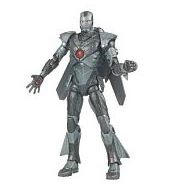 The arrival of Iron Man on the scene is usually announced by a sonic boom and the explosive sounds of repulsor blasts, but Tony Stark doesn’t always like to advertise his presence. That’s why he developed the Stealth Striker Armor, to quickly and quietly sneak in and out of extreme danger zones.