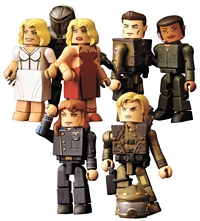 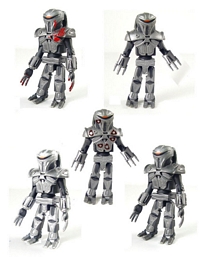 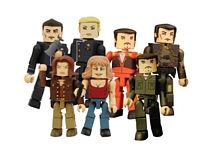 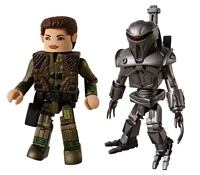 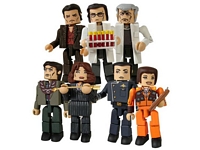 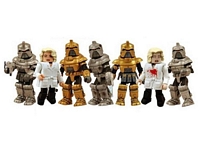 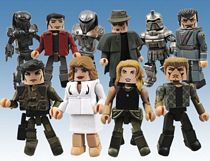 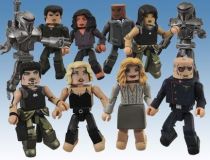 Cylon Commander: The rumored Cylon Centurion Commanders act much like their retro-era counterparts – serving as advanced tacticians and strategists during high-risk missions unsuitable for human model Cylons. These units have never been directly observed by Colonial Forces yet were reported by civilians during the initial assault on the Colonies.

Cylon Raider: The self-aware Cylon Raiders act out of a combination of instinct and programming due to its bio-mechanical makeup, amplified by the repeated resurrection of destroyed units. With an FTL drive, Kinetic energy weapons and nuclear missiles on board, caution should be taken with any encounter.

Hot Dog: Brendon "Hot Dog" Costanza volunteered for service after surviving the Cylon attack on the Colonies with thousands of other civilians. His fearlessness in the face of danger and dedication to duty helped him become one of the most valuable pilots in the fleet.