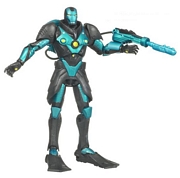 The deepest places on Earth are inaccessible to all but the most advanced technology, and home to the most dangerous creatures in the world. This armor was built specifically to withstand the incredible pressures at the pitch-dark bottom of the sea. It is equipped with weapons designed to battle the giant, eyeless monsters that dwell in the oceans’ deepest trenches.

When he’s going up against heavily armored enemies, this is the armor that Iron Man wears. Immune to missiles, bombs, and all but the heaviest lasers, this armor can wade through an aerial bombardment without a scratch. Heavy cannons mounted on the back fire shells heavy enough to destroy almost anything. 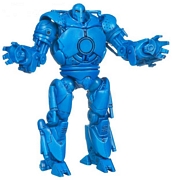 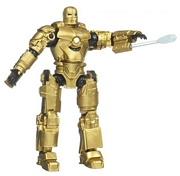 If he hadn’t been literally under the gun when building the original Iron Man armor, Tony Stark would have given in to his innate sense of style and painted it the trademark gold of his later versions. Just because you’re wearing the ultimate weapon doesn’t mean you can’t look good doing it.