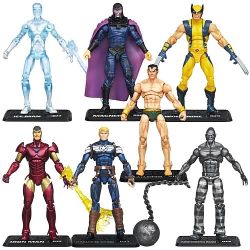 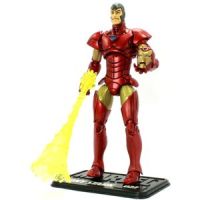 You can learn a lot about a man from his suit. Billionaire Tony Stark prefers his crafted from the most advanced metals on earth, and equipped with computer systems that make "space age" look prehistoric. He’s not only the hero inside the suit, he’s the genius behind the technology that powers it, making Stark’s own legend as great as the one he’s forged as Iron Man. 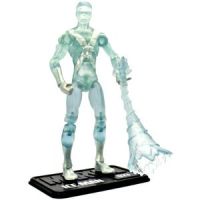 Bobby Drake has never backed down from a chance to defend those in need. After revealing his mutant powers in order to save his girlfriend, the teenage Drake was recruited by Charles Xavier to join Xavier’s School for Gifted Youngsters. Mastering his ability to create ice seemingly out of nowhere, he became Iceman, an original member of the X-Men. 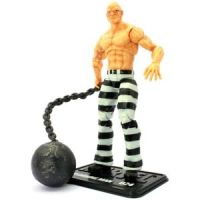 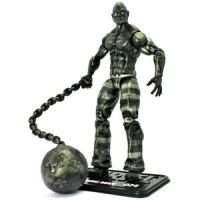 Unwittingly given superpowers by Loki to battle Thor, Absorbing Man has never been afraid to face the mightiest heroes. Able to assume the properties of whatever he touches, he can harness the power of materials, energy and even weapons. No matter what form he takes, his criminal mind endures, allowing his body to reform even after heavy damage, making him almost indestructible. 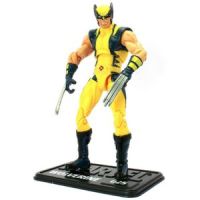 Many have tried to use Logan’s abilities as a means to secure their own power. None have succeeded. His fierce instincts make controlling him as difficult as defeating him in battle, a lesson not lost on the X-Men. Unsure of his past in a society where mutants face an uncertain future, Wolverine is the hero best equipped to survive in a world where too often it’s every man for himself. 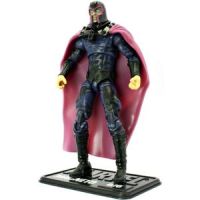 Driven by an unshakable belief in the supremacy of mutants and the treachery of man, Magneto strives to create a world where mutants are free to use their powers without limits. Gifted with almost limitless powers of his own, his command of magnetic fields makes him capable of almost any feat imaginable.