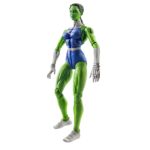 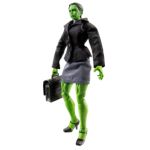 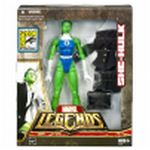 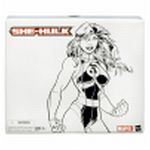 High-powered Super Hero attorney Jennifer Walters hasn’t always been a solo act. During one of Ben Grimm’s extended absences from the Fantastic Four, she filled in as the First Family’s heavy hitter. As part of the gang of four, she split her time between serving as legal counsel to her teammates and many of New York’s other heroes, and trading blows with the likes of Doctor Doom and Terminus. She served with distinction as the longest-term replacement for any member of the Fantastic Four, and remains friends with all of them to this day. Her first duty, however, has always been to justice. Even during this busy time she kept up her legal practice and maintained her qualifications, and appeared in court as often as possible (when she wasn’t captured by the Beyonder or crushing Doombots in Latveria).