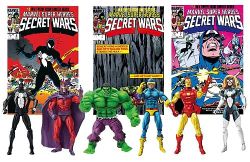 Buried in the pitch black under nearly two miles of solid rock, the only thing that stands between Earth’s heroes and utter destruction is the strength of the Hulk. On his back rests billions of tons – enough that even his nearly infinite strength is stretched to its breaking point. Meanwhile, Cyclops and the rest of the X-Men begin negotiations to join forces with Magneto, hoping that together they can use the power of the Beyonder to end human-mutant strife forever. 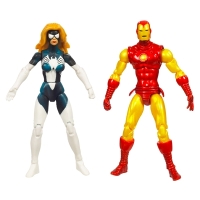 The army of heroes is thrown into temporary confusion by the appearance of a strange young woman calling herself Spider-Woman. Clad in black, and possessing many of the powers of Spider-Man, she seems trustworthy, and when the villains launch another ambush, she proves herself in combat alongside Iron Man and the rest of Earth’s heroes. 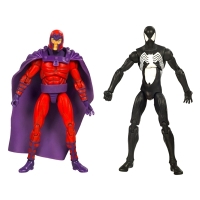 After an all-out assault on the villain’s base of operations, Spider-Man finds his costume all but destroyed. As the dust of the massive battle settles, however, he discovers a strange, alien machine that appears to generate a new costume, and he rejoins his fellow heroes sporting a wild new look. Meanwhile, Magneto and the X-Men keep watch over mighty Galactus, alert for any hint that he has begun the deadly process of destroying the very world on which they stand.