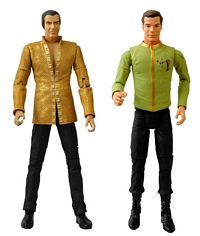 Stardate 3141.9
In an area of space near Starbase 12, the U.S.S. Enterprise encounters an unknown vessel dating back to 20th-century Earth. They are shocked to learn it is the S.S. Botany Bay a ship presumed lost for centuries. With the crew frozen in suspended animation, the sole occupant, a man known only as Khan is brought aboard the Enterprise with disastrous results.

After attempting to commandeer the Enterprise, Captain Kirk and his crew learn the truth – that Khan Noonien Singh and his crew are genetically-engineered soldiers who fled Earth after the Eugenics Wars of the 1990’s. With time running out and Khan threatening to kill Captain Kirk unless his demands are met, the crew of the Enterprise must face off against one of history’s greatest soldiers or make the choice between surrendering their captain or their ship! 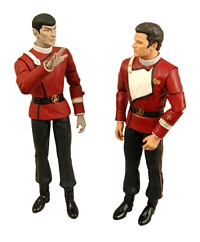 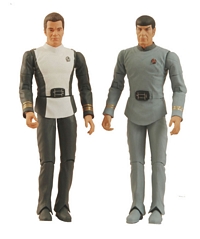 The Motion Picture: Kirk and Spock

After an extensive refit process, the U.S.S. Enterprise returns to explore the galaxy once more! When a strange alien force sets it sights on Earth, Admiral Kirk must retake command of his legendary ship and lead a new crew with a few familiar faces into a battle for the future of the human race! 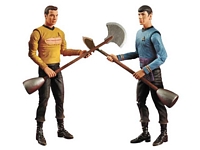 Stardate: 3372.7
When a mysterious Vulcan affliction threatens the life of Commander Spock, Kirk and the crew of the U.S.S. Enterprise are drawn into a web of deception and violence – strangely uncharacteristic of the Vulcan species. Overcome by his Ponn Farr – part of the Vulcan mating ritual – Spock must journey to Vulcan and find his promised mate, T’Pring, or die. T’Pring, however, challenges the marriage and selects Captain Kirk as her champion against Spock – pitting friend against friend in a fight to the death! 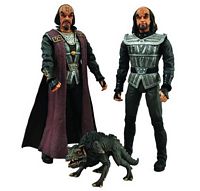 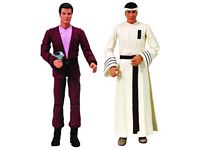 The Voyage Home: Kirk and Spock

Journeying to Earth’s past in a desperate attempt to stop a destructive alien probe, Admiral James T. Kirk, Captain Spock and the crew of the U.S.S. Enterprise are tasked with infiltrating 1986 San Francisco and stealing a pair of long-extinct humpback whales. Can this intrepid crew save the future or will they be lost in Earth’s past forever? 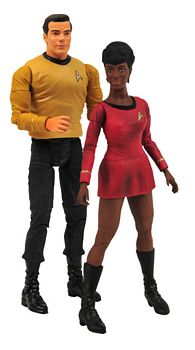 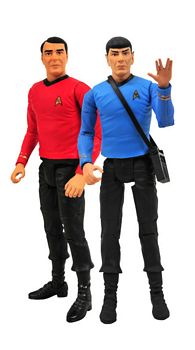 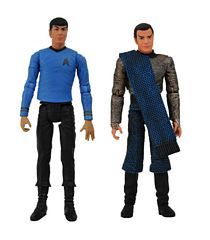 One of the most rare and valued materials in the entire galaxy. Dilithium crystals power the antimatter engines of a Starships warp drive. Now Diamond Select Toys and Collectibles, present a series of two packs strictly limited to a one time production run of 1701 pieces, to power your collection.

Sent deep undercover by Starfleet to steal the Romulans’ famed cloaking device technology. Captain Kirk fakes his death and even undergoes surgical alteration to appear fully Romulan. But with Spock’s temptation at the hands of the Romulan Commander, this mission may prove more than both men can handle.