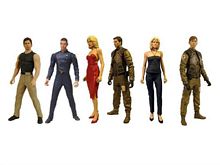 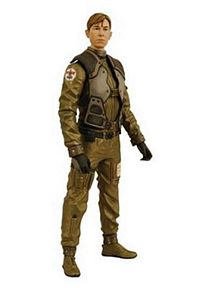 Once a professional Pyramid star, Anders was rescued from Caprica thanks to the actions of his future wife, Kara Thrace. Confused and alone after her apparent death, his true motivations and nature remain unclear as he attempts to redefine his role as a member of the Galactica crew.

Stranded on Caprica after the Cylon attack, Helo eventually escaped and returned to Galactica with a copy of Sharon Valerii. Their interspecies relationship has been surrounded by controversy and suspicion ever since.

The talented and hardworking Deck Chief aboard Galactica, Tyrol’s true nature remains a mystery – even to himself. His secret relationship with Sharon Valerii ended when she was found to be a Cylon operative, leaving him with conflicted feelings toward the Cylon race – a problem that continues to plague his subconscious…