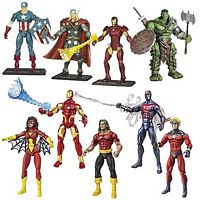 Born light years away in the Kree Empire, Mar-Vell rose to great renown as a soldier of the Kree. Sent to infiltrate and observe Earth, he fell in love with the chaotic young world and its people. He was befriended by Earth’s heroes, and eventually became renowned as one of Earth’s greatest champions, despite his alien origins. 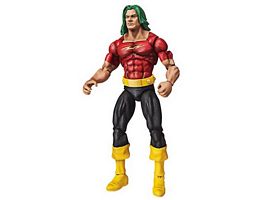 Doc Samson has always believed that the Hulk is only a symptom of a deeper problem within Bruce Banner’s mind. For years, he worked to cure Banner of his affliction through a combination of psychoanalysis and gamma science. Exposed to gamma radiation he gained phenomenal strength and durability. Though he remains primarily a psychiatrist, he also uses his strength to assist his friends among Earth’s heroes. 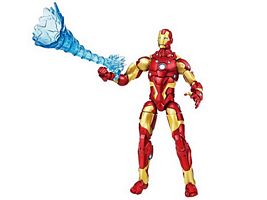 This is the sleekest, most lightweight armor ever designed by Tony Stark. Built to meet the parameters of any possible challenge, it is covered in ports that can house any of hundreds of mission-specific modules. In the space of moments, this armor can swap out a suite of research scanners for a weapons package that would put most battleships to shame. 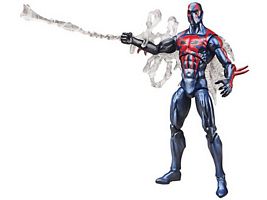 In a future ruled by a corrupt and profit-mad corporation, Earth is starved for heroes. Spider-Man 2099 is the first of many to fight back against the scheming of Alchemax. Granted his powers in a laboratory accident, he fights the company from within, and uses his technical genius to keep his identity hidden from the high-tech Public Eye security forces. 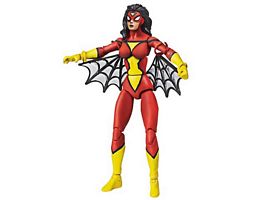 Spider-Woman struggles with self-definition. Her birth and the genesis of her powers are a mystery, and the earliest years of her life are a haze. She has been an agent of HYDRA, a soldier for S.H.I.E.L.D., and an alien hunter for S.W.O.R.D. She battles constantly to take full control over her life, and do away with the sinister mysteries of her past. 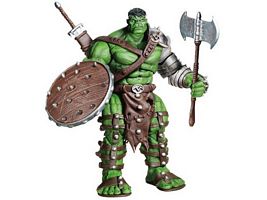 Betrayed by those he once called allies, and devastated by the destruction of a place he had come to call home, the Hulk has returned to seek revenge. His massive stone starship hovers above the streets of Manhattan, and his alien army has turned midtown into a prison camp for the heroes of Earth. He will never descend to the level of those who betrayed him, but he intends to teach them all a lesson they will never forget.

Note: This wave no longer includes the Superhero Registration Act Card (Which listed the characters statistics and powers.), the Fury Files Document, or the Fury Files On-line Code Number.