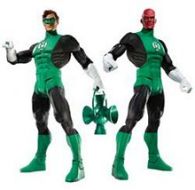 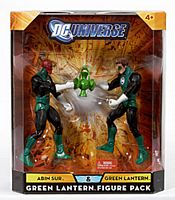 While on patrol, Abin Sur was attacked and pursued by the being known as Legion. Badly injured and with his spaceship seriouslyly damaged, he made an emergency landing on Earth and began using his Power Ring to search for a successor to weild the ring after he passed on. As Hal Jordan was the closest suitable replacement, he was chosen as Abin Sur’s successor. 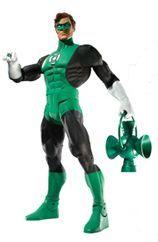 While training in a flight simulator, Test Pilot Hal Jordan was suddenly transported to the crash site of an Alien Spacecraft. The injured pilot passed on to Jordan his Green Ring and his uniform. The ring allowed him to make real anything that he could imagine, from flying unaided through space, to lifting mountains. With it, Jordan, chosen by the ring itself because of his fearlessness, must fight evil as a member of the Green Lantern Corps.