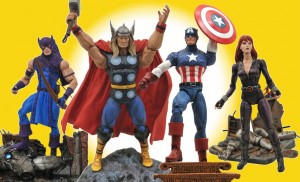 Diamond Select Toys is giving away four of their Disney Store Marvel Select exclusives and all you have to do is follow them on Twitter, tweet about them with the hashtag #DSTAvengers and they will randomly pick a winner. I’m entering now, how about you?

The Avengers movie has been getting everyone all excited of late, but we’ve still got months to go before the film — and its sure-to-be-awesome toys — actually materialize. What to do in the meantime? Break open a set of Marvel Select Avengers figures from Diamond Select Toys and re-enact your favorite storylines of old! Only available at the Disney Store, Thor, Hawkeye, Captain America and the Black Widow look like they jumped straight off the comics page (they even come with tiny versions of Ant-Man and the Wasp!), and now DST is giving you the chance to win a full set! Simply follow @CollectDST on Twitter, use the hashtag #DSTAvengers, and they’ll pick one Tweeter at random! It’s that simple! [*Note: This is a Twitter-only contest.] Contest ends Thursday, November 24 at 9 AM! 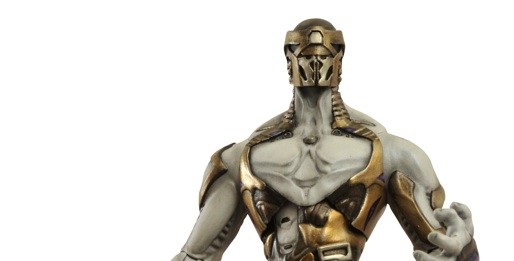