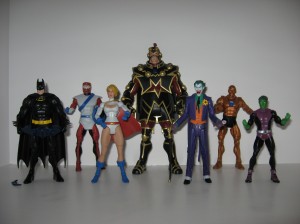 This wave of DC Universe Classics really took some effort to find, but today I was victorious in my relentless hunting and I found my last three figures to complete this wave. As you probably know this wave of figures are exclusive to Walmart and in the five weeks since sightings first started I have been (Like many others, I am sure.) searching every Walmart within a hundred mile radius. OK, maybe I am a little more extreme than most of my brethren. I would love to share with you some of my horror stories about a few of my more interesting experiences at Walmart this last five weeks, but let’s save that and talk about the figures instead. I will leave the Walmart bashing for another day. I will say that the Walmart that I found my remaining figures at today was one that is very close to my home and we shop there most often. Several weeks ago, I talked with a clerk that works in the toy department about the empty DC Universe pegs and explained to her that they were very popular and would appreciate if she could look into getting some ordered. She was very nice and explained she would have to talk to her manager because she could not order products. The next weekend when I spoke to her again, she told me that her manager had ordered forty and to expect them in 2 to 6 weeks. As it turns out that since I talked to her many others had as well. If you can find someone to help you at Walmart, be polite, thank them and let them know how much you appreciate their help. It worked for me. Now, on to the figures…

The Batman (Black costume), Power Girl and Joker figures are two of each per case. (Those are the ones that I found first.) The rest Beast Boy, Forager, Robotman and Man-Bat are one of each per case and will likely be tougher to find.

Batman is a straight repaint of the Crime Stopper Batman from Wave One and also the more recent gray and black version from the Gotham City Five multi-pack. I do like how they used a more glossy black for the gloves and boots and the bat shaped computer is a pretty cool new accessory. The bat-a-rang is also different from the earlier releases. I love Batman, so costume variations don’t bother me too much. I would like to eventually have the larger all black bat symbol on the chest with the pouch utility belt version.

Beast Boy is a welcome addition to my Teen Titans display. He uses the smaller Kid Flash buck body. Due to the in-package posing my figure had some warping in the legs. Also the pack in eagle accessory which is also reused from the Wonder Twins Two Pack will definitely need to have its wings heated and reshaped. (A blow drier is every DC Universe collector’s best friend.) I love the three quarter sleeves with the bare forearms and the added sculpting of the arm hairs is a nice detail. The paints are well done on mine. Nice lines, no slop. I hope we will see a more modern (or perhaps a Perez) version later since this costume actually fits in better with the Doom Patrol.

2009 has definitely been the year of the New Gods with ten new figures to add to your displays and Forager is an excellent figure. I just wish they would get away from the in package action poses because Foragers legs were also warped. I don’t really know a great deal about the character but the figure looks nice. The white, black, blue and reds really make him stand out and the pattern on the legs is very well done.

Joker is probably my favorite of this wave and my most anticipated DC villain. He uses the previously released Gentleman Ghost buck and comes with some great accessories. The accessories are a jester topped cane, mallet, playing cards and a joker-fish! The colors are classic Joker and the paints are very well executed on mine. One problem is the lack of waist movement that plagued Gentleman Ghost is also present here. Mine also has very loose ankle joints but stands fine with some TLC. The head sculpt is just an amazing representation. Thanks to the Four Horsemen and thanks to Mattel for working this one in sooner than later. (um, hum… Martian Manhunter!)

Headline: Man-Bat is finally released in his classic brown and tan colors! This is also a straight repaint of the DCSH white and clear versions and also somehow seems to stand much better as well. Wait until you see how this one fills up the packaging. He is such a large figure that they had no choice but to fold over his arms in front. I love how the wings use a more translucent plastic. Nice touch.

Power Girl, ah Power Girl. I wonder why they chose to pose you sideways in the package with your arms strategically placed to obscure your oh so prominent chest? Wait, I think I just answered my question. She is definitely the most well endowed DC Universe figure to date. The lower half is all Black Canary, the upper half is obviously all new. I just cannot figure out what is wrong with her legs though. It’s not switched below the calf or the two left/two right problem, but something is definitely off. Still awesome though. I am glad they decided to double pack her and the Joker.

Robotman is another one of the simple yet striking figures in this wave. He has a metallic brassy-gold color with black trunks and I love the removable plating covering his brain. I hope they can complete the Doom Patrol in the near future.

Imperiex is the Collect and Connect for this wave and I am sure you will find it easy to love this figure. The details in the costume and the face are stunning. The paints are excellent and the colors really pop on the shelf. I had to press pretty hard to get the head to snap in at the neck joint. Be careful though, because I have heard of some people breaking the small ring in the neck that grabs the peg on the head.

It seems there is a loss of the up and down movement in the heads of all the recent releases. This wave has the same exclusion. I hope this is not a cost cutting precedent because figures need to look up and down. Especially the flying characters. The plastic seems a little more flimsy than some of the releases prior to this. I hope that this trend does not continue as well. Overall, I am glad I was one of the lucky ones to find all of this wave. I have to admit I was starting to become slightly discouraged, especially after having to go pallet-diving the last two nights at well past my bedtime. But, I found both Waves Five and Ten with a dogged persistence, a lot of miles, a lot of gas, a lot of time hunting and a patient wife. Good luck everyone. Now bring on Wave Eleven. (I am ready for more punishment!) 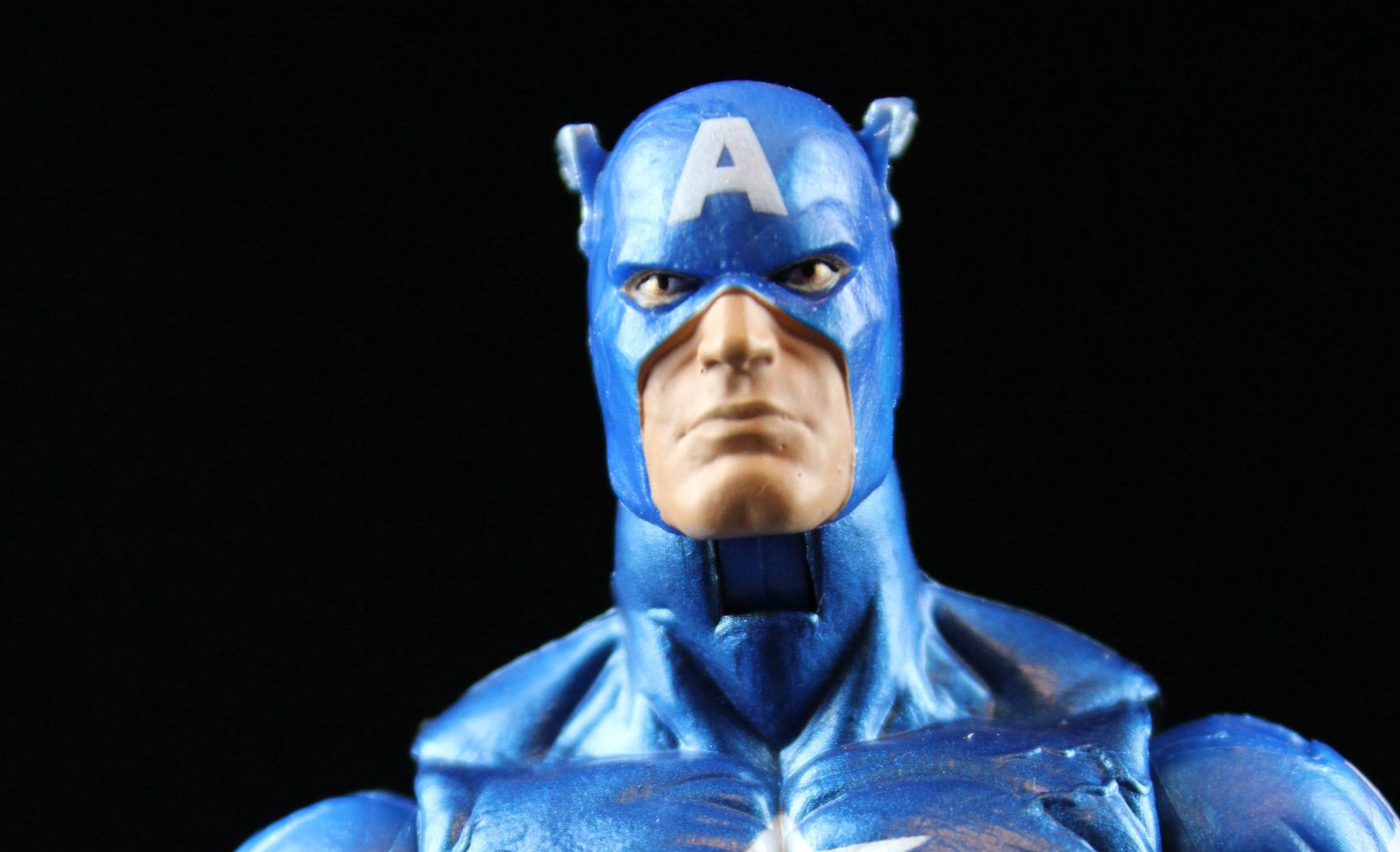 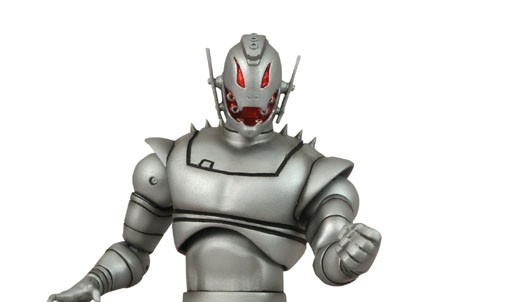