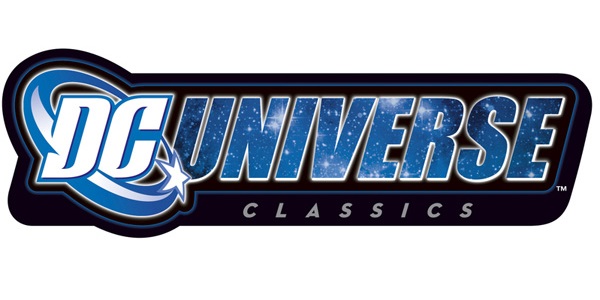 I was able to pick up these up yesterday. I have to say that for the most part, I was pleased with all but one of the three sets I purchased. There are still some issues, but I was apparently one of the luckier people to find mine without most of the quality control issues that others have been talking about on the Fwoosh. I would have much rathered these would have been single-carded figures, because for me each of these two-packs contained one figure that I really didn’t need. 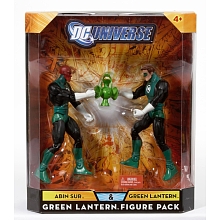 This was probably the best of the three in terms of quality control for me. Both of these figures use the Green Lantern body from Wave 3. The only difference is that they are painted to reflect the “Year One” costumes. My only complaint would be that the paint was a little off on the sides of trunks where the leg hinge meets the hip. All of the joints on both figures moved easily and none of them were stuck. There was some warping of the limbs on Abin Sur, due to the way they are packaged in an “action pose”. Nothing I couldn’t fix with a blow drier, but I think we’d be better off if they didn’t put them in an “action pose” and instead just stuck to a more straight forward pose in the package. I really didn’t need another Green Lantern since I have the one from Wave 3, but I did want the Abin Sur since he was a new character. I can justify the second Lantern because of the costume change though. (I suppose.)

Overall: A with points off for the paint applications. 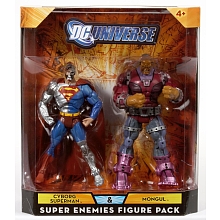 I unfortunately didn’t notice until I got home, that my Cyborg Superman has a splotch where the blue base of the body is showing through on the painted silver part of the chest. If I can match the paint, I can fix it. I’m just disappointed that I have to! In the excitement of finding these in a very busy Toy’s ‘r Us, weeks before Christmas, I missed a pretty noticeable defect and I’ve been kicking myself for it ever since. Both had no problems with the joints. (If you’re keeping track, that’s four out of six! Pretty good, so far…) I do have some excessively heavy dry-brushing on the face of my Mongul, but he will most likely be put away since I already have the DC Superheroes version. Which brings me to my point once again, that I didn’t really need a second Mongul and would have rather had a single-carded Cyborg Superman.

Overall: A- with points off for the paint applications. 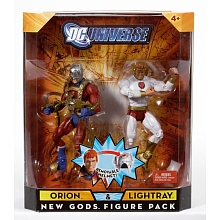 This was probably the one that I wanted the most, due to it having a completely new character and also a member of the New Gods. Wouldn’t you know, this is the two-pack that had more than it’s fair share of problems for me. Both figures were seriously warped from the in-package “action poses”. My Orion had so many curves in his limbs, that he looked more like Plastic Man than Orion. His head is very loose, we’re talking “Bobble-head” loose here. Lightray’s left arm seems to be missing about half of the peg that connects his lower and upper arm on one side. It will definitely pop off if handled without extreme care. I also had to heat that that same joint with a blow drier because it was splitting too widely from the “action pose”. He also has a smudge next to the emblem on his chest, which wasn’t noticeable until I took a picture of him for my web-site. The red base color of the figure is bleeding through the white paint as well. Worse than all of that, not one but both of the hip joints are stuck. I tried to free them with the “freezer trick” but I was afraid to twist them any further or I would have a Lightray with no legs! It looks like I’m going to have to plop down another $23.00 and try again on this one. Then, we have the aforementioned, I didn’t really need a second Orion problem once again. Is it cool that his mask comes off with this version? Yes. Should they have done that the first time around? Yes. Could I have lived without a removable mask version? Yes.

Overall: C. Just too many quality and paint problems with this one for me. 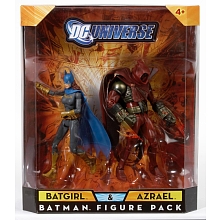 I didn’t buy one of these, since I already the DC Superheroes versions of both of the characters. I may pick up one later, just for the sake of being complete in my collection and to have an un-opened two-pack to show. I did notice that the set I left had very heavy dry-brushing on both figures and I would have likely left that one, until I could find another with better paint apps.

I am glad that Mattel decided to re-release some of the previous figures from the DC Superheroes line. There are several that I don’t have because I jumped on the wagon late. Don’t force me to pay for two figures in a set and risk losing my money because there’s one inside that I don’t need. This could also possibly limit me from buying two of any one of these because I have to pay for a second one that I don’t need at double the cost of a single. I would have likely only bought three of these figures if they would have been single-carded and could have saved half of the money I spent. This might have left me money to spend on another of your products, but now I’m busted this week because I had to pay $35.00 for three figures I didn’t need. Oh and Mattel, please work on the quality control! I’m really unhappy with my Lightray! (and both of my Sinestro’s, and my Captain Atom gold variant, and my Black Lightning… and the list goes on…) 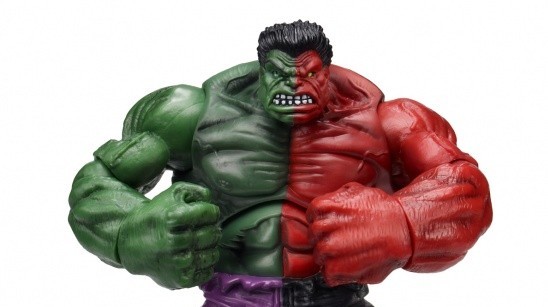 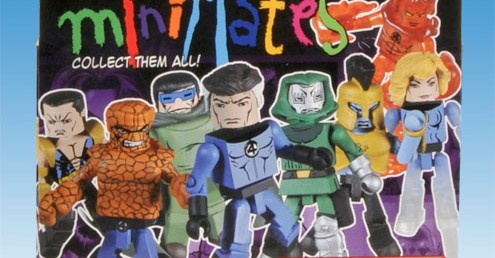